Causes of smoke from a diesel engine

When a diesel engine is in mint condition, it shouldn’t emit any kind of smoke. On the other hand if the diesel engine is giving off smoke from the exhaust it’s a clear indication that there exists some problem in the engine. Though an occasional puff of vapour in load conditions is considered normal, there are several kinds of smoke which shouldn’t be ignored. If you choose to ignore the warning signals it would only result in more costly maintenance charges for you.

Keep an eye out for the following kind of smoke emanating from the diesel engine:

The most common kind of smoke which you would see emanating from a diesel engine is black smoke. It is normally visible when the vehicle is going uphill or under any kind of extra load. Black smoke is an indication that the fuel is not being used properly and only a partial amount of it is being combusted. Occasional smoke form the engine is ok but if you see it coming out on a more regular basis, it’s time to get your engine assessed by a professional.

Some other reasons for black smoke could be due to poor engine timing, over flowing of fuel, problems in the valve clearance, dirty air injectors, or a worn out compressor or cylinder. No matter what is the reason for the black smoke from your engine, you need to ensure that you take it to a proper auto mechanic they would closely assess any problems with the engine and also advise you on replacing parts of the engine which can’t be repaired.

If you see blue smoke emanating from the engine, it could usually be due to a cold start. It’s an indication that the motor oil is yet to enter the combustion engine. This is usually due to the fact that important parts of an engine like cylinder or the gasket have become worn out. Oil that is too thin also makes it way to the combustion chamber and cause blue smoke. An engine with a strong compression can easily burn of the fuel and there would be no signs of smoke anywhere.

The presence of white smoke from the exhaust is another story altogether. It could indicate that there is some left over fuel in the engine which hasn’t been combusted properly. Some deposits of fuel in the piston rings could also be the reason of white smoke. This is why it’s necessary to carry out a proper maintenance of the engine whenever required.

When you see any of the above mentioned kind of smoke emanating from your diesel engine, make sure you take the vehicle for assessment. The right auto mechanic would advise you on replacing worn out parts so that you engine can work well for longer. If you compromise on the maintenance of your diesel engine, chances are you might need to replace it altogether with a new one.

For more information on diesel engine repair and maintenance, make sure you read Diesel Smoke tells YOU a Story…. by Cost Effective. 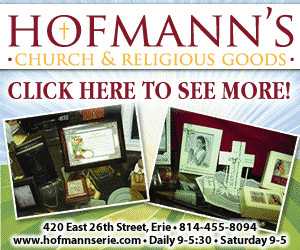 Copyright © 2022 The Climate Coalition. All Rights Reserved. Theme by ILoveWP.com